We must compete with Germans and Chinese, we are all people.

Home/News/We must compete with Germans and Chinese, we are all people.
Previous Next

We must compete with Germans and Chinese, we are all people.

Something as common as the plastic container to market food and cleaning products, he found more than 25 years ago its great industrial innovation and, since his birth Coria del Río, he manufactures and patents machines and systems that improve the production capacity of Multinationals such as Nestlé and Carlsberg.

NOMINATED for the second year in a row to the Alas Export Award, in his office he shows us containers from Argentina, Dubai, Russia, China, for oil, beer, cleaning products, etc.

If you see five-liter plastic containers with a handle, be assured that the machine that has put the handle of polyethylene, and the one that installs the cap, are related to the patents of And & Or to design and manufacture them.

Created in a small industrial area of Coria del Río, where Antonio Ortega was born 60 years ago. An industrial engineer who become better acquainted with the Andalusian pride that Blas Infante claimed, since from his youth he had a relationship in the town with the Infante family. Now he has agents in Switzerland, Holland, Turkey, Brazil and other countries to market his systems.

Where did you start working?

In 1978, in a small company, Digital Electronics, created by the investors of Proinsur to explore the possibilities of business in that sector. They entrusted me with strengthening the commercial area of the company and that it was not just a research laboratory. In eight years, the company grew from having three employees to thirty. I developed products that I designed and marketed among clients that I got through Catalonia, Madrid and Andalusia. (Spain).

What kind of products were they?

Various electronic equipment. One of them controlled the thickness of the polyethylene macaroni in the blowing machines, to obtain a uniform plastic bottle, with the minimum weight and the highest possible resistance.This idea came to me to me because Luis Ybarra, from Cydeplas, one of the partners, showed me his factory and encouraged me to invent to improve packaging manufacturing. And the right area to sell it was Catalonia, where there is a lot of packaging industry. At first, they were very suspicious of a Sevillian man who tried to sell them: I have an electronic equipment manufactured in Seville that will make you earn money. The proposal was: I build the machine and show it to you in a week. We did quality tests with their technicians, and after a week they signed the agreement and payment terms.

How did you start your own company?

In 1986, I was a 10% partners of Digital Electronics but I did not agree with the prevailing mentality. I decide to start the adventure on my own and 25 years ago I founded And&Or. I named it because And & Or are the logical doors of any hardware. I wanted my company to be based on logic.

I started alone. I bought my father-in-law a lot in Coria and next to a garage I set up a small workshop. I started to implant the electronic industrial weighing, with load cells. For example, I converted into electronic scales all the mechanical weighing platforms that Explosivos Rio Tinto had in Seville. Later in the companies of the Chemical Pole of Huelva. I sold them that and the management software.

But the packaging.was his strong point.

I returned to dedicate to that sector in particular because my old clients wanted new applications, and had created a reputation that I dared with everything, open to any need of a client and not only sold them a predetermined product. And I started to create a company structure with young people from Coria (Seville) that I was training to develop electronic equipment. Two years later, I purchased with mortgage a 300 square meter warehouse to continue growing. We start with a tightness tester with high rotary production. It was the way to prove, without stopping the production, that the bottle has no loss of air. It had to be done at packing speeds between 9,000 and 15,000 bottles per hour. And we have reached over 25,000. The technology that I incorporated gave rise to a patent which is now 20 years old. The first sales of rotaries for bottles were made to Arlesa and Carbonell, (oil factories) and Bilore, (detergents factory). And then Henkel. And the seller companies of mineral water from Spain and Portugal,…

Could you detail the advantages of the tightness tester?

With the tightness test, less containers were wasted and it wasn’t necessary so much staff to attend the production of plastics that were more porous and dirty. And we also got a place in the industry market providing solutions to the arrangement of the bottles in the packaging lines. The factories were full of employees working in manipulated functions. That decreases agility and profitability.

With the automation business that we bring to the management desk, we continue to grow and from one shed we move to three sheds in Coria.

How did you make the leap overseas?

We started to attend international fairs: Barcelona, ​​Israel, Düsseldorf,… I realized that the needs in factories at the international level were the same. I understood that what I was selling had a value. And that there were Italians and Germans who did it profitably. The concept was, and still is, to create machines and applications that nobody would have done. The highest possible packaging speed to apply a better price. Now we make complete packaging lines and integral factory projects.

How many machines do you build every year?

A 30 or 40 machines. We invoice around 5 million euros, 75% comes from the export, and we have 30 workers. The average of incorporation has been one per year. Now we are able to grow faster. The crisis has not lowered the order, we have bigger than ever.

What is your biggest competition?

My competition is everyone. Germany innovates and that is why it is an exporting power. China imitates and is unbeatable only in repetitive production because of its low costs. In the time it takes to copy, you have to keep innovating to maintain the advantage. We are people, like the Germans and the Chinese. And we also have a head and two hands. It’s about wanting, dedicating hours, preparation and creativity.

I suppose the multinationals you provide will demand strong quality standards.

They have come to Coria and have proven what we are capable of. If we fail them, we are lost. The factories of these multinationals are entire towns. We must learn from them to improve the economy of our land. They base their creation of wealth on people. They do not have raw materials. It is the spirit of generating, with your intellectual capacity, something that can be sold and that others can not do. Let’s do the same and the market will be ours. Because we are people, like them.

Do you think in Seville exists this feelling?

The problem is the lack of confidence that exists in ourselves. It continues to feed that lack of self-esteem. We are hurt by constant equating with misunderstood folklore and cheap joke, the belief that we can not live from something else. And so we are always depending on third parties. Of what the Administration wants to give us, of what Europe wants to give us, …. And we, can not we give? In And&Or there are 30 people and they are imbuded with the spirit that has made the company profitable from the first day. We have invested four million euros in a larger industrial plant, on the Coria-Gelves road, because here we no longer fit.

What will you develop?

The pre-installation of the machines, test them and solve all technical problems, in order to travel to our client to make the assembly and with everything resolved in advance. My son Antonio sees clearly our growth potential. That leads us to make signings of graduates of 30 years with experience. We can no longer, as up until now, only pick up young people from the village, children of friends that I train.

Do you think that in the business class the most important is the subsidy and conformism?

That is the concept wich businessman is equal to “snob”. And that is sold from politics. To certain social sectors it is sold that the businessman is a snob. That is an error. Neither the employer has to be a snob nor are there few workers who have become snob. The problem of social justice is very clear. The one who works the most, earns more. My people keep it in mind.

As a citizen, what do you think when you see that the mismanagement of the municipalities admnistration result that people may not be able to pay the electricity?

In Spanish society, the clear concept that effort is equal to result has been lost. Here there have been 15 or 20 years where the results had nothing to do with the effort, they came for other reasons, because someone gives it to me … In the towns, certain individuals have been promoted from the town halls, upgrading this and another … in exchange for money. It was the you get rich even if afterwards you go to jail and I take the money and no one knows. The Administration has been accustomed to not doing the task of every day. To not make the sweeper bar, that the clerk has the papers uo to day, … And all they care about is getting bodies into the administration.And have put in it a lot of people. So there were fewer and fewer people that generated wealth. Nobody put limit from the institutions to the expense in the city councils, seeing that they were based on income without future. Now, compulsorily, there will be layoffs and readjust the workforce to what should always be. And unemployed people should not wait for the work.They have to get going to create it.

In a first impression, what do you propose to improve Seville?

Let’s stop selling Seville as the city of cheap folklore and start selling it as a city of work. Leisure is not necessary to promote it, now already has more than enough. Job opportunities depend on developing the wealth that is within each individual. Of course, that means moving and striving. 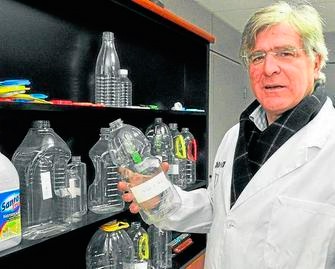 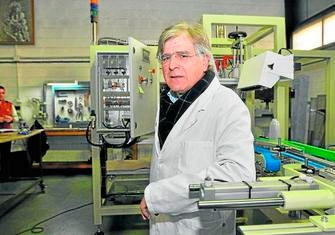 This site uses Akismet to reduce spam. Learn how your comment data is processed.

We use our own and third-party cookies to obtain statistical data on the navigation of our users and improve our services. You have more information in our cookie policy

You can learn more about which cookies we use or disable them in the settings.

This website own and third-party cookies to analyze our services and show you advertising related to your preferences, based on a profile drawn up from your browsing habits (for example, pages visited).

Basically the web will not work well if you do not activate them.

If you disable this cookie we will not be able to save your preferences. This means that every time you visit this website you will have to activate or deactivate cookies again.

This website uses Google Analytics to collect anonymous information such as the number of visitors to the site, or the most popular pages.

Please activate the strictly necessary cookies first so that we can save your preferences!